Over the past three decades, the majority of cases handled by Dwight Ritter were lawsuits regarding defective and dangerous products that severely injured his clients. Ritter has specialized in representing common people who have been injured by manufacturers more concerned about profit than safety. Or, multinational corporations who were simply unwilling to manufacture a product that designed away hazards so that common use could be done safely.  In many instances, these large corporations are fully aware of the dangers and injuries caused by the defective design of their product. In many of Ritter’s cases, he demanded and obtained jury verdicts not only to compensate his clients but punitive damages to prevent further such malicious conduct on the part of the corporation. Ritter and Associates are proven fighters who work for you.

The San Diego product liability attorneys of Ritter & Associates believe that companies that fail to honor their obligations to consumer safety should be held liable for any injuries caused by their dangerous products. Contact our offices at (619) 296-0123 to discuss your legal options and rights to compensation with one of our qualified attorneys today.

How We Can Help You

When products are defective or unreliable, consumers may be at risk of physical trauma or even death. Unfortunately, there are many ways that defects can arise, and a variety of product types that can put innocent people in danger. Some of the most common sources of consumer injury include:

No matter what type of product has hurt you or your loved ones, the dedicated lawyers of Ritter & Associates can help you fight for the financial compensation you need for your medical bills and pain and suffering.

Many of Ritter’s clients succeeded in fighting back: 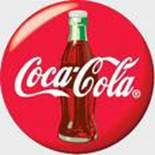 Dell Mae Carter vs. Coca-Cola: Della Mae Carter had neither the wealth nor the resources of the Coca-Cola Bottling Co. But she did have the courage of her convictions and the determination to fight against the odds and the massive multi-national corporation that injured her. And when Dwight Ritter took her case, she won.

Coca-Cola refused to pay for Della Mae’s injuries from their defective product – maggot infested Coke — and forced her to pursue her case all the way to a jury trial. After a hard-fought case in which the local President of Coca-Cola himself testified, the jury awarded her 90% of the requested monetary damages. Della Mae Carter remains a hero to herself, to her family, to her community, and to me. She fought for her rights, and won.

Mary Young vs. Major Gun Manufacturer: Mary Young had just started her acting career. She had all the ambition and hope of youth, as well as the drive and the talent of a seasoned trooper. Tragically, while on stage during a performance in which she was to be accidentally shot, the blank gun proved faulty and it fired a real bullet at her head.  She was rushed to the hospital and ultimately survived, but suffered a skull injury causing a traumatic brain injury.
The gun manufacturer refused to offer her any compensation before trial. The gun corporation attorneys claimed the gun was not defective because they argued it was not properly used. And the corporation claimed that Mary had not suffered what their attorneys considered significant injury since she was still alive – even though she suffered permanent brain damage.

The jury disagreed with the gun manufacturer, and awarded Mary a substantial six-figure verdict. 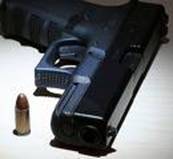 U.S. Border Patrol Agent vs. Major Gun Manufacturer: He was a U.S. Border Patrol agent whose malfunctioning gun went off simply while he was putting it away, causing him severe injuries. The potentially deadly shot had been triggered by brushing against a simple plastic button on his official uniform pants.

Accidents happen: that is part of life. But when accidents seriously injure and even kill innocent people, and those accidents occurred because of the carelessness or negligence of others, you need a fearless advocate.  Dwight Ritter is a true and proven trial attorney who has accepted these cases for over 32 years.  Fighting for your side is something he has trained to do successfully for decades.  He takes great pride in fighting for his clients’ causes — — — his record proves it. Here’s Dwight Ritter on his record:

“On behalf of our clients, we have successfully fought and won justice for our clients against some of the biggest corporations in the world.  We are proud of our record and have worked diligently to maximize the recoveries for our clients— whether they are mothers, fathers, children, or other loved ones.

We follow every legal avenue to help you win the best possible outcome and recovery when tragedy befalls you or your loved ones. When other people or corporations won’t step up to the plate and take responsibility to restore your health and dignity, we will.  We have been committed to our client’s causes for over 32 years and will be for many decades yet to come.

Personal injury cases can be stressful and emotional. Fighting multinational corporations, as Dwight Ritter has done, is never easy. That’s why the personal attention and compassionate advocates in our office help our clients endure. And hopefully win. When our side wins, very often we can make the world just a little bit safer for everyone else.

If you or a loved one has suffered from a hazardous consumer product, do not hesitate to contact our dedicated San Diego personal injury attorneys at (619) 296-0123. A member of our experienced and compassionate Ritter & Associates legal team can help you to confront this injustice and take action against the company that caused your accident.